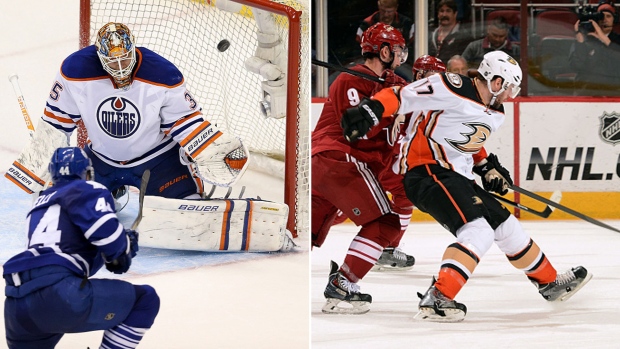 The NHL Play of the Year showdown continues with the semifinal round opener today that features two solo efforts that end with fabulous finishes.

Toronto Maple Leafs blueliner Morgan Rielly goes up against Anaheim Ducks centre Ryan Kesler for a berth in the final.

Rielly leads the Leafs' rush into the Oiler zone and fights off three furious stick-check attempts before toe-dragging across the slot to get an open look for a shot. His finish is a thing of beauty as he picks the top corner over Viktor Fasth to earn his place on the highlight reel.

Kesler scores on a stellar shorthanded effort as he slithers between a pair of Arizona Coyotes and then snaps the puck past Mike Smith, all with Sam Gagner basically hanging off his back.