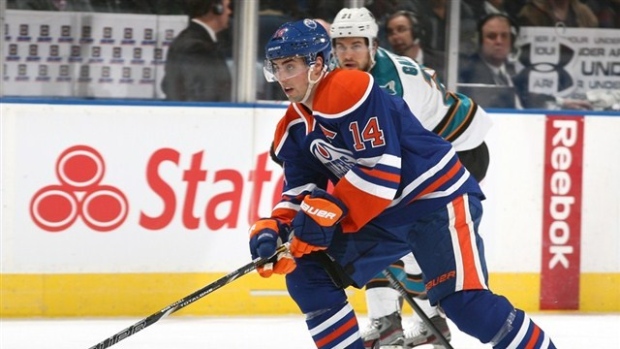 The second round of the NHL Play of the Year concludes today with a matchup of creative goal-scorers.

In the eighth and final matchup of the Round of 16, it's another Battle of Alberta as Calgary Flames defenceman David Schlemko takes on Edmonton's Jordan Eberle.

Schlemko, who failed to record a goal all year, was called upon by head coach Bob Hartley during a shootout against the Boston Bruins. He didn't disappoint. Schlemko skated towards Tuukka Rask from the right side, made a few nifty moves to get him off balance and proceeded to ease the puck, with one hand, around the confused goaltender for the goal and shootout win. Peter Forsberg would be proud.

For his part, Eberle used some nifty stick work to make his way onto this list.

After receiving a pass, the former World Junior hero performed a tremendous dangle, making the veteran Patrick Marleau look like a rookie. Eberle then stormed the net and roofed the puck backhand style over Antti Niemi just as defenceman Brent Burns came sliding over to break up the play.