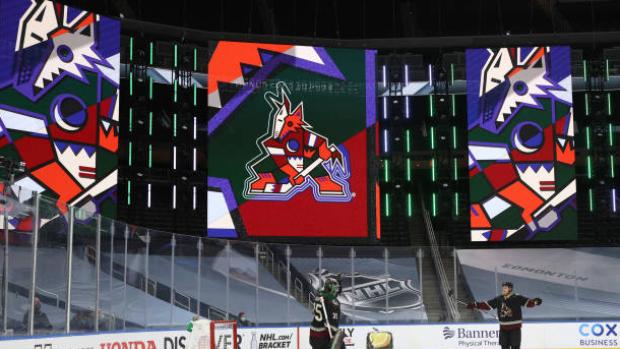 The NHL is progressing in its investigation of the Arizona Coyotes over pre-draft fitness testing allegations and a ruling could come before Monday's second phase of the draft lottery if necessary, TSN Hockey Insider Darren Dreger reports.

The Coyotes lead the Nashville Predators 2-1 in their best-of-five qualifying round series. Whoever loses the series will have a 12.5 per cent chance of winning the first-overall selection on Monday.

With the next phase of the Draft Lottery on Monday, sources say the NHL is progressing in its investigation of the Arizona Coyotes pre-draft fitness testing allegations. If necessary, a ruling could come from commissioner Bettman before Monday.

"We are aware of the reports," the Coyotes said in a January statement. "We have discussed the matter with the NHL and we will have no further comment at this time.”

The Coyotes traded their first-round pick to the New Jersey Devils to acquire Taylor Hall during the season, but the selection is lottery protected in the event it falls in the top three.