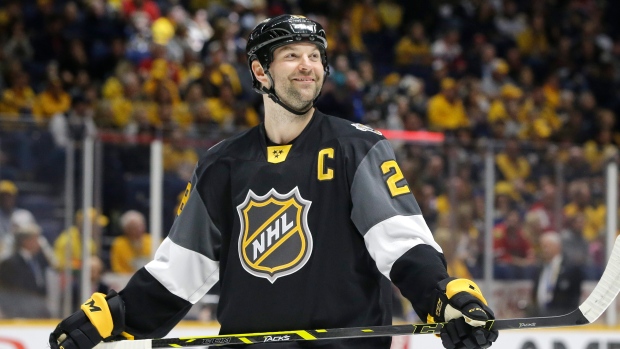 NEW YORK — The NHL is taking steps to avoid another John Scott situation at the All-Star Game.

The league announced new fan voting rules Monday that disqualify players from being named All-Star captains if they're injured or sent to the American Hockey League. Scott, a journeyman enforcer, was voted in by fans last year when he was with the Arizona Coyotes and still served as the Pacific Division captain despite being traded to the Montreal Canadiens and demoted to the AHL.

Scott was the MVP of the 3-on-3 tournament that will be back for a second year, but the NHL didn't want a similar awkward situation to happen leading up to the 2017 All-Star Weekend in Los Angeles.

Players who are injured or in the minors won't be on the active ballot until they're back in the NHL. If someone is voted captain and is hurt or in the AHL, the player with the second-most votes gets in.

Fans will vote for a captain from each division — the Metropolitan, Atlantic, Central and Pacific — regardless of position. The 3-on-3 tournament of the two Eastern and two Western Conference divisions facing each other before meeting in the final will take place on Sunday, Jan. 29.

The All-Star skills competition will be Saturday, Jan. 28.