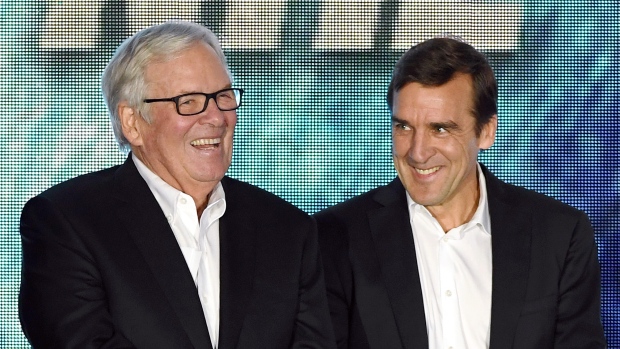 The National Hockey League will release the protected lists for all 30 of its teams at 10am et/7am pt on Sunday, June 18 in preparation for the Vegas Golden Knights' expansion draft.

The Golden Knights will then have until 10am et/7am pt on Wednesday, June 21 to submit their selection list of 30 players, which will be announced at the NHL Awards that evening.

Vegas must select one player from each team to fill a roster of at least 14 forwards, nine defencemen and three goalies, with a minimum of 20 players under contract for the 2017-18 season.

Under the NHL's expansion rules, each NHL team must protect seven forwards, three defencemen and one goaltender; or eight skaters and one goaltender and cannot lose more than one unprotected player. Vegas can also sign any restricted free agent or unrestricted free agent left unprotected, but that would count as the one player lost by an NHL team. The signing period will also be from Sunday, June 18 at 10am et/7am pt to Wednesday, June 21 at 10am et/7am pt.

The rules also stipulate all first-year and second-year professional players and unsigned draft choices are exempt, while any player with a no-movement clause in his contract must be protected unless he waives it.