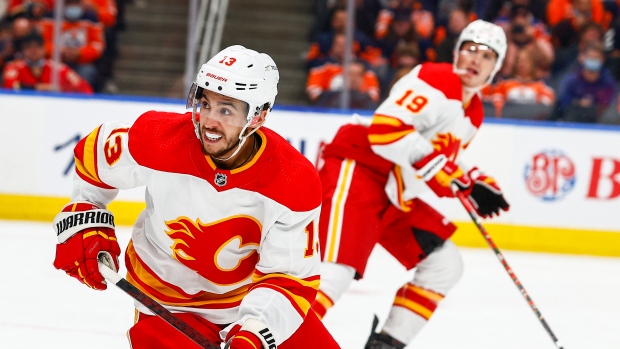 The jockeying for the top spot in our Power Rankings continues as the Colorado Avalanche have reclaimed first place overall from the Florida Panthers. Colorado was a perfect 4-0-0 last week and is 11-0-1 since the start of the New Year. The Avs own the best expected goal differential of any team in the NHL, which shows the process has been every bit as good as their results this season.

The Toronto Maple Leafs remain the top Canadian team, though they dropped three spots this week from third to sixth. The Leafs split two games against the New York-based teams last week, losing to the Rangers before beating the Islanders Saturday night. Toronto owns the third-best expected goal differential in the league and closes out the month against the Ducks, Red Wings and Devils so don’t be surprised to see the Leafs jump back into the top-five before the end of January.

Calgary is our biggest mover amongst Canadian teams, jumping seven spots and into the top-10. Like the Leafs, the Flames had a light schedule, playing only two games. Calgary beat the high-flying Panthers 5-1 but lost to the Oilers 5-3 in Edmonton. The Flames have the sixth-best expected goal differential in the NHL, better than their tenth overall actual goal differential so we expect Calgary to be moving up in the standings before long. The Flames have the best line in hockey. Johnny Gaudreau, Elias Lindholm, and Matthew Tkachuk line have been on the ice for a league-leading 28 goals at 5-on-5 and have conceded only 8 in just under 430 minutes together. Their 77.8 per cent goals for differential ranks first among all lines with at least 200 minutes played.

Like the Maple Leafs, the Winnipeg Jets also dropped three spots this week and sit 17th overall in our Power Rankings. The Jets failed to win a game last week, finishing with an 0-2-2 record. The Jets got captain Blake Wheeler back, but also placed Nikolaj Ehlers on injured reserve after taking a knee-on-knee hit from Dmitry Orlov on Tuesday. The Jets defence remains its biggest concern as Winnipeg ranks 23rd in slot shots against, 28th in rush chances against and second-last in rebound chances against.

Sitting one spot behind the Jets, the Edmonton Oilers finally snapped a lengthy losing streak with a win over Calgary on the weekend. The Oilers' power play, which was 1-for-11 entering Saturday’s game came through in a big way scoring twice. Mikko Koskinen finally provided solid goaltending making 44 saves in the win. It was the first time in over a month Edmonton’s goaltending performed better than expected in terms of goals against compared to expected goals against. The Oilers rank eighth in expected goals against differential and if they can get at least average goaltending going forward, wins will follow. Three of Edmonton’s next four games are against non-playoff teams (VAN, MTL, OTT) which should provide it with an opportunity to start stringing some wins together.

A 1-1-1 week meant little movement in our Power Rankings for the Vancouver Canucks who climb one spot to 23rd, which is also where they sit in points percentage. The Canucks rank 21st in goals differential and expected goal differential. There may not be a better example of a team being exactly where it should be than Vancouver. The Canucks are dealing with an unprecedented shortage of goaltenders. Thatcher Demko and Jaroslav Halak are both in COVID-19 protocol. Minor-league call-up Spencer Martin was terrific in the Canucks 2-1 shootout loss to the Panthers but also landed in protocol shortly after. So, it was up to Michael DiPietro to hold down the fort in goal Sunday against the St. Louis Blues, a game the Canucks lost 3-1. Vancouver will need all the help it can get in goal this week as it gets set to face the Oilers, Jets, and Flames.

The Ottawa Senators fell five spots to 27th in our Power Rankings after managing just one win in four games last week. While the Tkachuk-Norris-Batherson line continues to be one of the most productive in the league (5th among all lines in goals for while on the ice at 5-on-5 with 21), Alex Formenton is starting to make headlines in the nation’s capital. Formenton, who has seven points in his last six games has developed solid chemistry with Tim Stutzle. Eight of the Sens’ next nine games are at home where Ottawa will look to improve on its 5-10-0 record at Canadian Tire Centre.

The Montreal Canadiens remain last in our Power Rankings. Montreal is tied with Arizona for the worst goal differential in the league and is better than only Arizona in expected goal differential. On the plus side, the Canadiens managed to earn points in Las Vegas and Colorado and will look to make it four straight games with at least a point as they end their road trip in Minnesota.