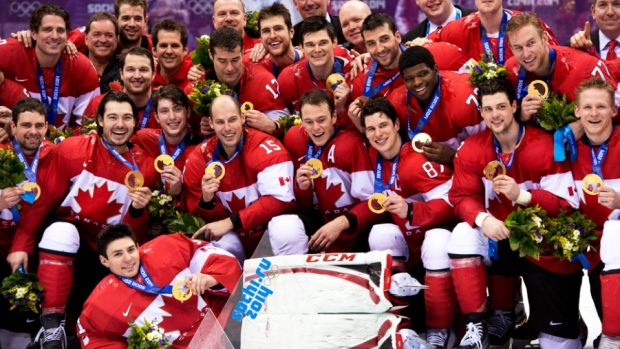 For the first time since 1994, NHL players will not attend the Winter Olympics.

The league released a statement Monday saying it "considers the matter officially closed" and that it won't participate in the 2018 Games in Pyeongchang, South Korea.

Negotiations between the league, the NHL Players' Association and the International Olympic Committee have stalled in recent months.

In the statement, the NHL said it was open to hearing from the parties involved but that "no meaningful dialogue has materialized."

"Instead, the IOC has now expressed the position that the NHL's participation in Beijing in 2022 is conditioned on our participation in South Korea in 2018," the league said. "And the NHLPA has now publicly confirmed that it has no interest or intention of engaging in any discussion that might make Olympic participation more attractive to the clubs."

The league said it will now proceed with finalizing the schedule for next season.

The NHL had been at every Winter Olympics since 1998 and players have expressed their desire to continue participating.

It was just over a year ago at the Stanley Cup final in Pittsburgh that NHL commissioner Gary Bettman began pouring cold water on the idea of NHLers participating in 2018. In particular, Bettman was miffed that the International Olympic Committee was resisting payment on out-of-pocket costs for NHL players to attend — a subsidy that had been covered over the previous five Games.

Bettman said the cost was "many, many, many millions of dollars" and doubted that owners would pay for the "privilege of disrupting our season".

Little had changed by early winter. Bettman continued to fume about money as well as the IOC's unwillingness to let the NHL be associated with the Olympics in any fashion. The league couldn't air highlights or promote their presence at the Games.

"It doesn't give you the warm and fuzzies," Bettman said at the PrimeTime Sports Management Conference.

A decision, he added, would likely be required by early January at the latest.

The NHL league then proposed an idea to the NHLPA that would extend the current collective bargaining agreement as a part of package for players to attend in 2018.

The union turned down the deal.

"So hopefully we'll still be able to conclude an agreement to go to the Olympics," executive director Donald Fehr said at the time. "We still think it's important and we'll go from there."

But by early December, at the board of governors meetings in Florida, Bettman hinted at "fatigue" from the owners at going to the Games again. There were concerns, he said, about shutting down the season, what with the impact of a compressed schedule on players. The group also wasn't convinced that there was any tangible benefit to the NHL being in South Korea. The Games had shown some impact when played in North America, but little beyond its shores.

A few weeks later, Daly said the league had begun crafting two potential schedules for the 2017-18 season — one that included the NHL going to the Olympics and one that didn't.

A month after that, at all-star weekend in Los Angeles, Bettman said a conversation among the board of governors as it pertained to the Olympics lasted all of 10 seconds. Nothing had changed from December when the views were strongly negative. Daly explained that the NHL was still waiting for some sort of game-changer to sway the owners, but didn't know what that game-changer would be.

"All I can tell you is if we're going to hear the same thing I don't think it's going to move the ball," Daly said.

Players expressed hope that wouldn't be the case.

Connor McDavid said "100 per cent" that NHL players should go. The Edmonton Oilers captain, who wasn't even born the last time NHL players didn't attend in 1994, said he couldn't envision the Olympics without the world's top players.

The NHL, NHLPA, IOC and International Ice Hockey Federation all gathered for a hopeful meeting in early February, but by early March, Bettman said there was again nothing new to report. The owners were still unconvinced by the merits of players getting their wish to go to the Games.

Shortly thereafter Fehr hinted that players might be able to attend the Games whether the NHL gave the OK or not. He said the PA thought it was "very probably an individual club decision", an avenue that might conceivably allow those like Alex Ovechkin to come to agreements on attending with their respective teams.