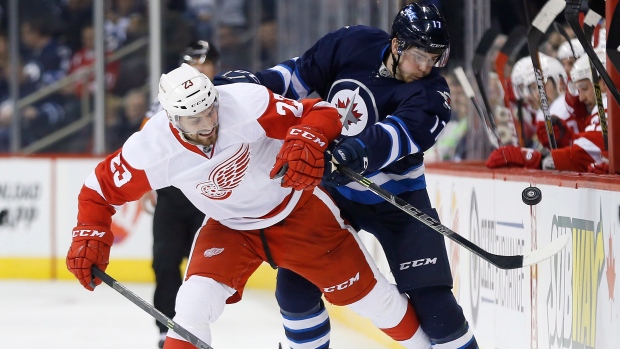 The NHL has suspended Winnipeg Jets left winger Adam Lowry for one game for a hit from behind on Buffalo Sabres right winger Patrick Kaleta in Wednesday night's 2-1 Jets win.

Late in the second period, Lowry hit Kaleta into the boards behind the net. He was given a five-minute boarding major and assessed a game misconduct on the play.

Lowry, 21, is in his rookie season in the NHL. In 24 games played, the Calgary native has a pair of goals and one assist.

He is eligible to return on December 3 when the Jets host the Edmonton Oilers.