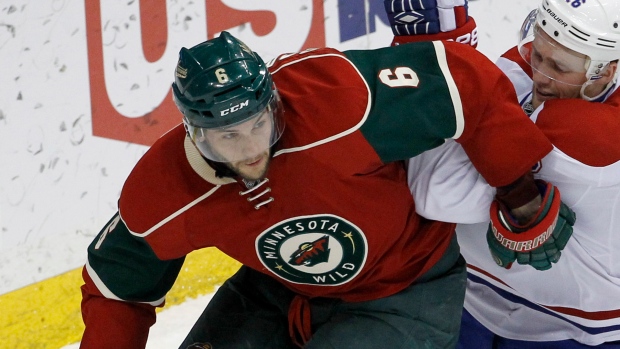 Minnesota Wild defenceman Marco Scandella received a two- game suspension on Wednesday from the NHL Department of Player Safety for an illegal check to the head of New York Islanders forward Brock Nelson.

The incident happened in the third period of the Wild’s 5-4 victory over the Islanders on Tuesday night.

Scandella received a minor penalty for hit, which did not injure Nelson.

The 24-year-old was fined earlier this season on Nov. 29 for an illegal hit to the head of T.J. Oshie of the Blues.

There have been 12 suspensions in the NHL so far this season for on-ice incidents.