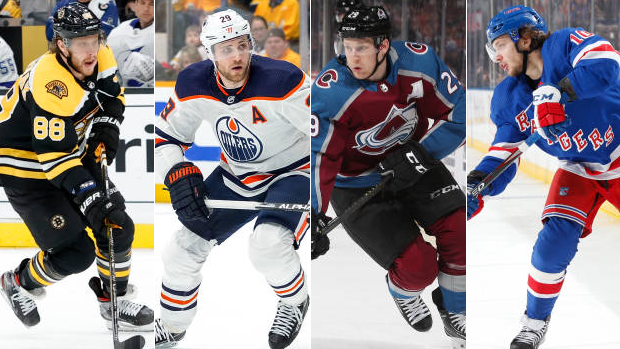 Edmonton Oilers forward Leon Draisaitl has already secured the Art Ross Trophy and had his name announced among the finalists for the Ted Lindsay Award for Most Outstanding Player a week ago.

On Tuesday, he could also be named as one of three players with a shot at winning the Hart Memorial Trophy, given to the player adjudged to be the most valuable to his team as voted by the Professional Hockey Writers' Association.

The 24-year-old has an impressive case to be listed among the nominees - he led the NHL with 110 points, including 43 goals and in the pandemic-shortened 2019-20 regular season, and Draisaitl was the only player to eclipse the 100-point mark.

The two other players named as nominees for the Ted Lindsay Award, an honour voted on by the NHLPA, should also receive consideration for the Hart.

Colorado Avalanche forward Nathan MacKinnon, who also finds himself among the Lady Byng finalists, finished fifth in the league with 93 points, but was a whopping 43 points ahead of his closest teammate as his team sat just two points off the overall Western Conference lead when the season came to a halt in March.

New York Rangers forward Artemi Panarin, in his first season with the team, finished tied for third in the league with 95 points and powered the resurgent Blueshirts into a qualifying series matchup against the Carolina Hurricanes.

Outside of the Ted Lindsay Award nominees, there are other players that merit consideration for the award.

Oilers superstar and 2017 Hart Trophy winner Connor McDavid finished second in the league to Draisaitl in points with 97 during the 2019-20 season, despite only playing 64 games.

He could be considered a long shot, but perhaps Nashville Predators defenceman and Norris Trophy nominee Roman Josi has done enough to put himself into the final three.

The 30-year-old led the Predators with 65 points, 17 more than his closest teammate as Nashville heads into the qualifying round of the postseason.

Chris Pronger was the last defenceman to be named Hart Trophy winner when he captured the award following the 1999-2000 season.