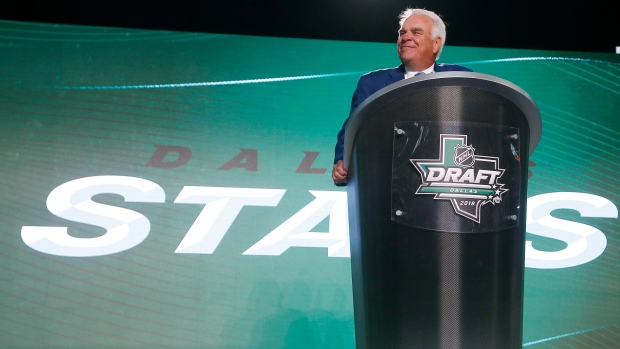 In a statement released on Sunday, the NHLPA called Lites's remarks "reckless and insulting."

On Friday, Lites laid into his club's top-earning stars.

“They are f---ing horse-----, I don’t know how else to put it,” Lites told The Athletic's Sean Shapiro and Matthew DeFranks of The Dallas Morning News. “The team was ok. But Seguin and Benn were terrible.”

Lites went on to assail the pair's effort and cited Benn and Seguin's underperforming as the reason why the team is in the midst of a wild-card fight and not firmly ensconced in a playoff spot.

The PA took exception to the tenor of the comments.

"If players directed such comments towards management, how would those be regarded?" the NHLPA said in its statement. "To say that Jim Lites' conduct is unprofessional would be a gross understatement. In professional sports, all individual players and teams go through highs and lows, but this is not how professionals handle adversity."

Benn defended his effort on Saturday ahead of the team's 5-1 win over the Detroit Red Wings where Seguin posted an assist while Benn was held scoreless.

"I don't play for him [Lites]," Benn said. "I play for every player in this room, the coaching staff. I come to the rink and, like I said, I am proud to be a Dallas Star and I am proud to go out every night and battle with these guys in games. I really put my teammates first."

Benn, 29, is in the second year of an eight-year, $76 million contract and earning $13 million this season (with a $9.5 million cap hit), making him the third-highest paid player in the NHL this season. He has 15 goals and 15 assists through 39 games this season. Seguin, 26, signed an eight-year, $78.8 million extension in the fall that goes into effect next season. He has 11 goals and 22 assists through the same 39 games.