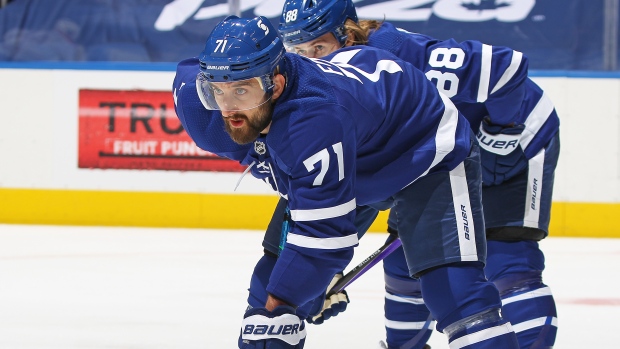 Veteran winger Nick Foligno is expected to sign a two-year deal with the Boston Bruins.

According to TSN Hockey Insider Darren Dreger, the two-year deal will carry an average annual value in the upper $3 million range.

He has 203 goals and 486 points in 957 career NHL games with the Blue Jackets, Leafs and Ottawa Senators.

The Maple Leafs acquired Foligno from the Blue Jackets prior to this year’s trade deadline in a three-team deal that also included the San Jose Sharks. Columbus secured Toronto's first-round pick in the 2021 NHL draft and fourth-round selection in 2022, while San Jose got the Leafs' fourth rounder in 2021.

Foligno is coming off the final year of a six-year, $33 million deal signed with Columbus in December of 2014. He was selected 28th overall by the Senators in the 2006 NHL Draft.