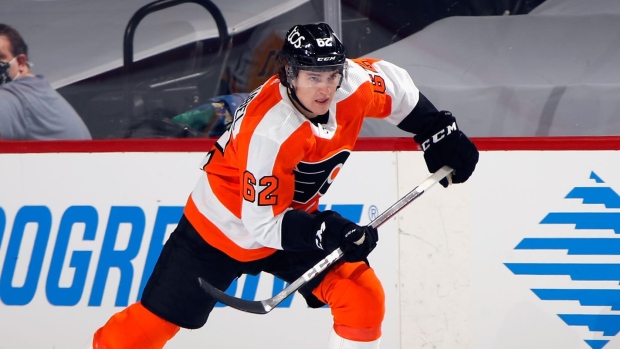 The Colorado Avalanche have claimed forward Nicolas Aube-Kubel off waivers from the Philadelphia Flyers, it was announced Saturday.

We have claimed Nicolas Aube-Kubel off of waivers.

The 25-year-old has one assist and zero goals in seven games so far this season with the Flyers. This is his fourth season in Philadelphia after being selected in the second round (No. 48 overall) by the team in the 2014 NHL Draft.

Aube-Kubel was the lone player waived on Friday. Forwards Leo Komarov of the New York Islanders and Riley Sheahan of the Seattle Kraken were both waived on Saturday.