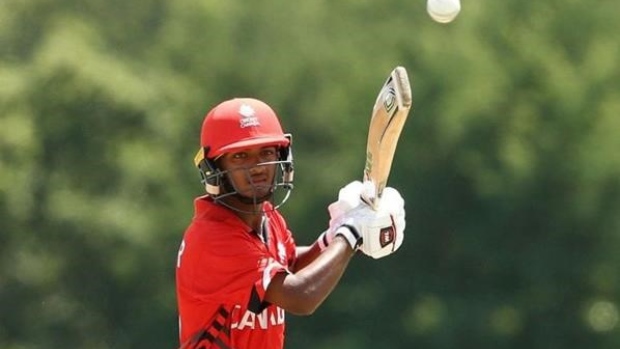 The young Canadians had previously lost to the United Arab Emirates, South Africa and Zimbabwe. Another game against Afghanistan was rained out.

Canada, now competing in the consolation bracket, will meet the U.A.E again on Saturday to determine 13th place at the 16-country tournament.

The news was not so good off the pitch with Canadian Raqib Shamsudeen banned from bowling in international cricket for an illegal bowling action.

The International Cricket Council said the 18-year-old from Toronto has been suspended from bowling "with immediate effect after the event panel of the ICC U19 Cricket World Cup confirmed the use of an illegal action."

The panel is made up of members of the ICC panel of human movement specialists.

Shamsudeen was reported by the match officials during Canada's match against South Africa on Jan. 22. Canada lost the match by 150 runs with Shamsudeen bowling five overs, yielding 32 runs without taking a wicket.

Cricket Canada said Shamsudeen will remain under suspension until such time his action is found to be legal through an independent assessment.

He will undergo remedial work supervised by Cricket Canada who have sought the assistance of an independent specialist to help with his rehabilitation. Upon modifying his bowing action, Cricket Canada will apply for reassessment in accordance with ICC regulations.

Manohar, Canada's wicketkeeper, smashed 16 fours in his 102-ball century against Japan. Captain Ashtan Deosammy and Udaybir Walia each added 40 as Canada, batting first, compiled 300 runs at the expense of seven wickets in its 50 overs.

Japan was all out for 118 in 29.4 overs. Opener Neel Date accounted for almost all the offence, scoring 59 to become the first Japanese player to make a half-century in a World Cup.

This report by The Canadian Press was first published Jan. 30, 2020.