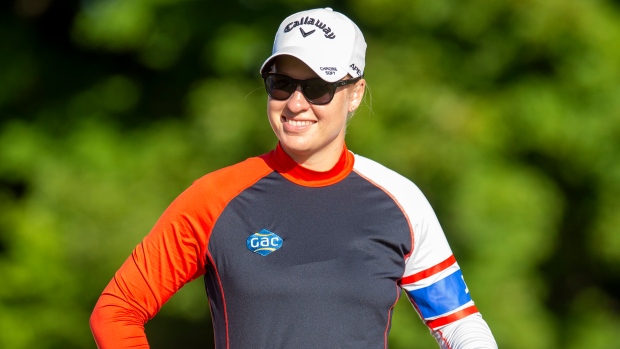 Broch Larsen, who started on the back nine, birdied three of her last four holes to push ahead of Ko and post 12-under 132 at Magna Golf Club. Ko shot a bogey-free 67.

Broch Larsen, of Denmark, is winless in three seasons on the LPGA Tour and came in 89th in the points standings.

Defending champion Brooke Henderson of Canada was three shots back after a 69 along with Pajaree Anannarukarn (69) and Yu Liu (67). Amy Olson, who has an outside shot at making the U.S. Solheim Cup team in the final week of qualifying, had a 68 and was another shot behind.

Brittany Altomare, who currently holds the eighth and final U.S. Solheim Cup qualifying spot on points, holed a wedge from the fairway for eagle on the par-5 12th and holed a bunker shot for another eagle on the par-5 14th. But she double-bogeyed the par-3 17th and settled for a 66 to finish at 7 under.