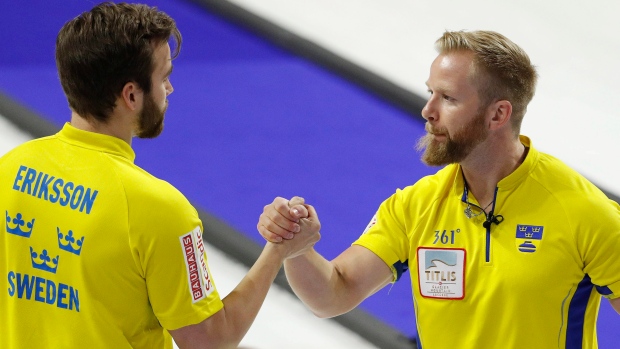 The 2020-21 curling season is still very much up in the air as it's still not known if and when major events will be played due to the COVID-19 global pandemic.

However, Sweden's Team Niklas Edin wasted no time in picking up their first win of the season, capturing the Baden Masters in Switzerland with an 8-1 rout of Jaap van Dorp and his Dutch rink in the championship game on Sunday.

Edin and his Karlstad team of third Oskar Eriksson, second Rasmus Wrana and lead Christoffer Sundgren took home 8,000 Swiss Francs in the Series 400 event, rolling to a 5-1 record in the process.

This was the skip's third Baden Masters championship since 2015. Edin, 35, is a four-time world curling champion.

No Canadian teams were in the field.

Major events such as November's Canada Cup and the first four Grand Slams have already been postponed or cancelled due to the coronavirus.