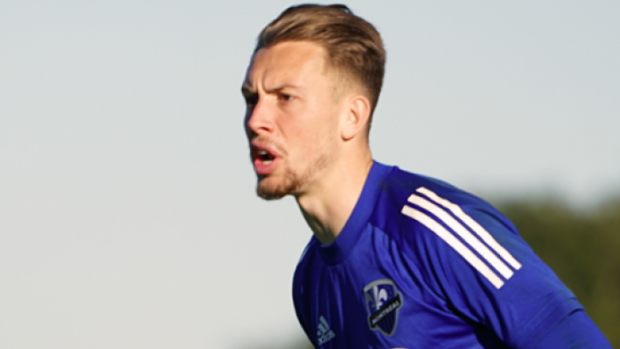 Roberto Luongo was game but the Vancouver Whitecaps found a backup goalkeeper without having to delve into the ranks of retired NHL netminders.

The Whitecaps, down to third-string 'keeper Thomas Hasal at the MLS is Back Tournament in Florida, acquired goalkeeper Jonathan Sirois on loan from the Montreal Impact on Wednesday.

We'll have him home by midnight, @impactmontreal 🤞

Vancouver starter Maxime Crepeau broke his thumb in Sunday's 3-0 loss to Seattle. Backup Bryan Meredith is in New Jersey after the death of his mother.

That left the goalie cupboard bare except for the 21-year-old Hasal, who made his MLS debut in coming in for Crepeau.

"The backup for Thomas is no one," Whitecaps coach Marc Dos Santos said Tuesday.

That led the Whitecaps to jokingly reach out to the 41-year-old Luongo, a former Canucks, Islanders and Panthers goaltender.

"You live in Florida right?" the Whitecaps wondered on social media.

But the question became moot Wednesday with the temporary acquisition of the 19-year old Sirois, from Saint-Hubert, Que.

"WTF I was ready!" tweeted Luongo.

Sirois will be available for Thursday's game against the Chicago Fire. He will return to the Impact after that.

"We are very thankful to (sporting director) Olivier Renard and the Montreal Impact for their flexibility and support in loaning out Jonathan for our game (Thursday)," Whitecaps CEO and sporting director Axel Schuster said in a statement.

Sirois signed a homegrown contract in March after working his way up the ranks at the Montreal Impact academy.