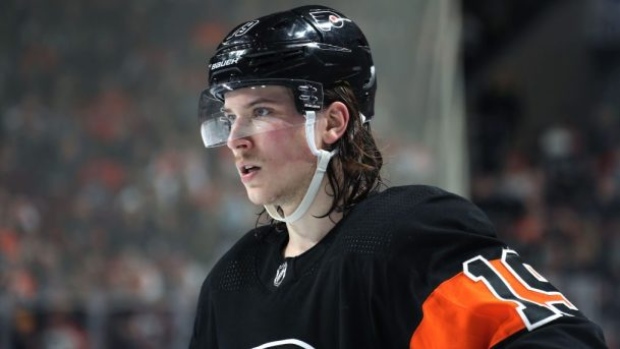 Nolan Patrick was not listed on the Philadelphia Flyers' training camp roster on Monday.

Nolan Patrick, the No. 2 overall pick in 2017 Draft who sat out this season with a migraine disorder, is not on the #Flyers’ camp roster.

Patrick skated in a non-contact sessions during the season and general manager Chuck Fletcher said in January he expected to see him return at some point this season.

“Our focus is on getting him ready for the 2020-21 season," Fletcher said Monday. "We want to be prudent and prioritize his health and safety in the long run. We have a short run way here before we jump right into playoff hockey.”

The Flyers released the following roster for Phase 3 on Monday: