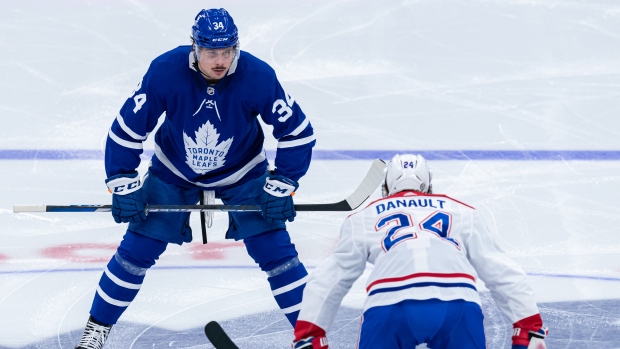 The Winnipeg Jets defeated the Vancouver Canucks 5-0 Tuesday, setting the North Division matchups for the first round of the Stanley Cup Playoffs.

The division-winning Toronto Maple Leafs will take on the fourth-place Montreal Canadiens, while the second-place Edmonton Oilers will play the Jets, who clinched third place in the North by beating Vancouver.

According to TSN Hockey Insider Pierre LeBrun, the North Division playoffs are expected to start next Wednesday with at least one of the two series dropping the puck.

North Division playoffs expected to start next Wednesday, May 19, at least for one of the series.

Jets-Oilers, bring on the old Smythe Division playoffs.
Habs-Leafs for the first time since 1979

It will be the first playoff meeting between Toronto and Montreal since the NHL quarterfinals in April, 1979.

The current Jets franchise (originally the Atlanta Thrashers) have never played Edmonton in the playoffs, but the original Jets played the Oilers six times, mostly in the 1980's. The Oilers won all six of those series between the former World Hockey Association rivals.

The Stanley Cup Playoffs begin Saturday with U.S. games, with the North Division games expected to start no earlier than next Wednesday.