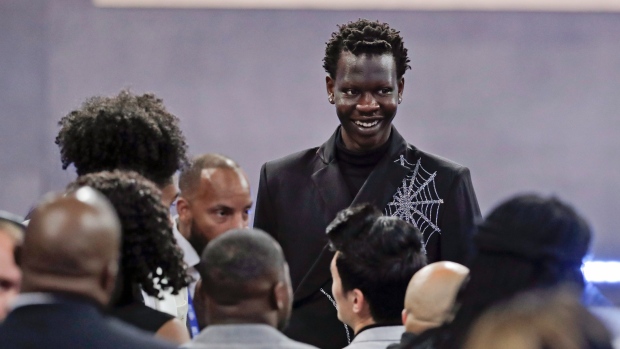 Denver and the Miami Heat agreed to a draft night trade that will send Oregon centre Bol Bol to the Nuggets.

The Nuggets didn't have a draft pick Thursday, but swung a deal after the Heat took Bol at No. 44. In exchange, Miami will receive a future second-round pick and cash considerations.

The 7-foot-2 Bol has a 7-7 wingspan that matches the height of his late father, former NBA player Manute Bol.

Bol Bol was limited to nine games with Oregon last season due to a foot injury. He averaged 21 points, 9.6 rebounds and 2.7 blocks.

He figures to form quite a tandem in the middle with Nuggets All-Star Nikola Jokic.