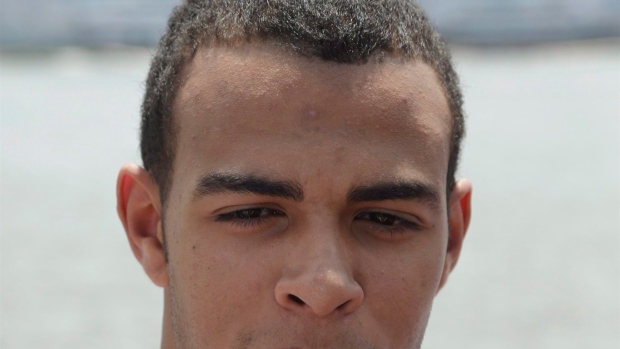 Nurse, Moroz want to give the Oilers something to think about at training camp Article Image 0 , The Canadian Press

PENTICTON, B.C. - Darnell Nurse and Mitchell Moroz want to give the Edmonton Oilers a headache — in a good way.

The pair are thought to be on the outside looking in for spots on the club's NHL roster heading into training camp, but that isn't stopping either from dreaming big.

"I just have to go out there every day and play hard. That's all you can do," said Nurse, a slick defenceman with offensive flair. "I'll get every opportunity that I deserve, so I've just got to go out and earn it."

The Oilers appear to have as many eight men pencilled in ahead of Nurse on the blue-line depth chart with camp set to open Thursday, while it's also difficult to see where Moroz might fit on the wing.

Still, the pair remain undeterred as they take part in a four-team rookie tournament hosted by the Vancouver Canucks that also includes prospects from the Calgary Flames and Winnipeg Jets.

"Expectations might not be for me to make the squad, but if I can surprise some people and make it a hard choice, that's what I want to do," said Moroz, an Edmonton native. "Just push. This is your dream to put on this jersey ... my childhood team. It's an honour to put that logo on every night."

Todd Nelson coaches the Oklahoma City Barons, the Oilers' AHL affiliate, and is in charge of Edmonton's rookie team in Penticton. He said part of the rebuild process for an organization that hasn't made the NHL playoffs since 2006 is a push for jobs from its prospects.

"If those young guys can make (Oilers general manager) Craig MacTavish scratch his head about what he wants to do, then that's perfect," said Nelson. "That's what we want. We want competition. These young guys are knocking on the door. They just have to keep on going and put pressure on from below and hopefully those guys up top feel it and they excel at their game and they improve and get better."

The Oilers have drafted a number of forwards with high picks in recent years, including Taylor Hall, Ryan Nugent-Hopkins, Nail Yakupov and Leon Draisaitl, but Nurse's skillset from the back end is something most successful NHL teams rely on to push the play.

But his coach said that ability also hurts the seventh overall pick in 2013 at times.

"He always wants to go (on the offensive). You have to pull the reins on him a bit," said Nelson. "That's not a bad thing. Usually you have to give a guy a kick in the butt to get going. That's something that he's going to have to manage as he matures, and he will.

"He's still a young kid and he wants to make an impact. Through experience he's going to settle down and find his game where it's more controlled."

Nurse, who still needs to fill out some of his six-foot-four 205-pound frame, agreed that keeping things simple will help him in the long run.

"You have to consistently remind yourself you're here for a reason," said the 19-year-old Hamilton, Ont. native, who had 13 goals and 37 assists in 64 games for the OHL's Sault Ste. Marie Greyhounds in 2013-14. "It makes your life a lot easier when you're not trying to do everyone else's job."

The six-foot-two 214-pound Moroz, meanwhile, is coming off a Memorial Cup-winning season with the WHL's Edmonton Oil Kings where he put up 35 goals and 28 assists in 63 games, mostly by going hard to the net and playing with an edge.

"You want to represent well," said the 20-year-old, who was the 32nd pick in 2012. "Coming off the summer you've got to find that line and flirt with it a little and not cross it.

"You've just got to get back to your game."

While both Nurse and Moroz are hopeful of making the Oilers, it would appear the 18-year-old Draisaitl might have the best shot, based purely on need. Edmonton lacks depth at centre, and the third overall pick at June's draft provides something club desperately needs down the middle — size.

"I know people are watching and they're always looking at me (and) what I'm doing," said the six-foot-one 210-pound native of Cologne, Germany. "I think I'm doing a pretty good job of blocking it out. I know what I'm good at. I know what I have to work on. That's what I'm trying to do."

Draisaitl had 38 goals and 67 assists in 64 games for the WHL's Prince Albert Raiders last season and, like Nurse, could remain with the Oilers for a nine-game audition at the start of his season before Edmonton would have to make a decision on whether to keep him or send him back to junior.

While there has been lots of chatter about whether or not Draisaitl should break camp with the Oilers, like Nurse and Moroz, all he's focused on are the details that could help fulfil his dream as early as October.

"It's a different level. That's why it's the best league in the world, because every player is a really good hockey player," he said. "I think once I get used to everything and I get back into game mode I have a pretty good chance."