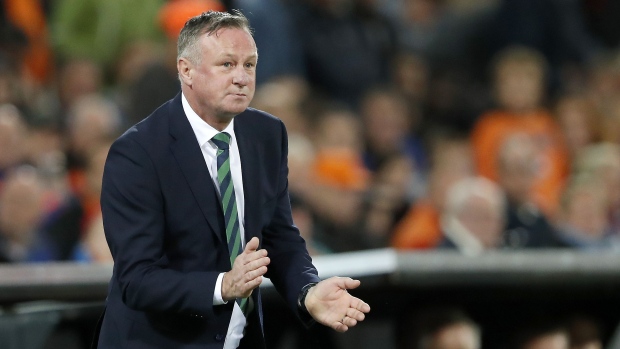 BELFAST, Ireland — Michael O'Neill is leaving his post as Northern Ireland coach to take over at English club Stoke.

O'Neill led Northern Ireland to the European Championship for the first time in its history in 2016, with the team reaching the last 16.

O'Neill will briefly combine both jobs. He will oversee Stoke's game against Barnsley on Friday but will return to the Northern Ireland squad for two final European Championship qualifiers against the Netherlands on Nov. 16 and Germany three days later.

Northern Ireland could still take one of the two qualifying spots in the group but would likely need two surprise wins to do so.

O'Neill joins a Stoke team which is last in England's second division with eight points from 15 games.