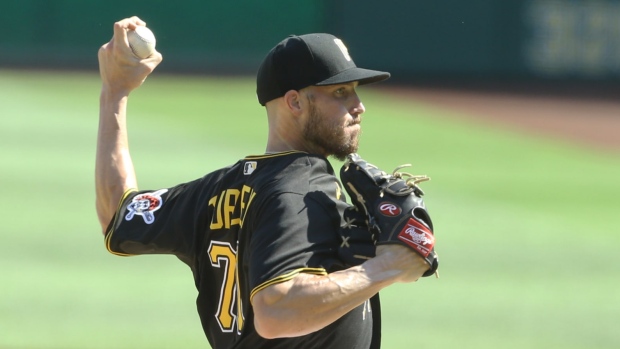 OAKLAND, Calif. — Left-hander Nik Turley was traded to the Athletics on Thursday from the Pittsburgh Pirates for $60,000, giving Oakland a reliable reliever for late in games after losing closer Liam Hendriks in free agency.

The 31-year-old Turley made his major league debut with Minnesota in 2017 then didn't pitch the next two years after working back from Tommy John elbow ligament reconstructive surgery.

Oakland won the AL West at 36-24 for its third straight playoff berth then beat the White Sox in the wild-card round before losing in a four-game AL Division Series to rival Houston last fall.