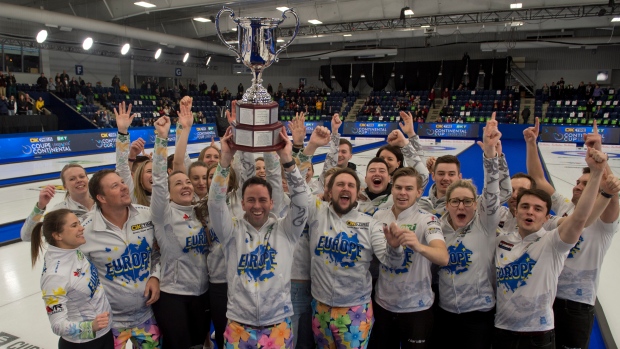 The 2021 Continental Cup is staying in Ontario as Curling Canada announced on Tuesday that the Ryder Cup-style bonspiel will take place in Oakville from January 7-10 at the Sixteen Mile Sports Complex.

“This will be the first time the Town of Oakville has hosted a Curling Canada championship, and they put in a simply superb bid,” said John Shea, Chair of Curling Canada’s Board of Governors. “That, combined with the first-class facilities at the Sixteen Mile Sports Complex, and a dedicated curling community in Oakville, makes me very confident that the 2021 Continental Cup will be a huge success.”

It will be the 17th edition of the Continental Cup as Team Europe has won the past two, including this past year in London, Ont.

Brad Gushue and Kerri Einarson have already qualified to be part of Team Canada after winning the Tim Hortons Brier and Scotties Tournament of Hearts.