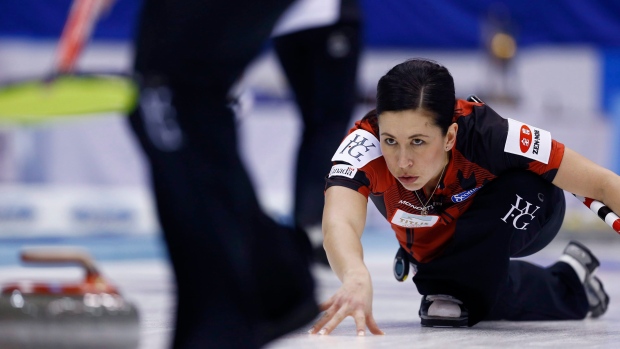 OTTAWA — Reigning world women's curling champion Jennifer Jones will have a former teammate guiding her and the rest of Team North America at the Continental Cup in Las Vegas in January.

Winnipeg's Jill Officer, who stepped away from full-time curling last season, will serve as an assistant coach at the Jan. 17-20 competition at Orleans Arena.

"I've got big shoes to fill as Rick Lang did an amazing job coaching Team North America for the past few years," Stoughton said in a release. "But I've got a great team with me on the bench with Pete and Jill, and the talent that we'll put on the ice speaks for itself. I'm very excited to see what they can do in Las Vegas."

Team North America will be going for a seventh straight victory at the four-day event, which features mixed doubles, team and skins competitions.

"We have a unique group of teams from only three countries, so this will help hugely with communication and dynamics," Murdoch said. "This is our time. Team North America will be strong but we want this more. We will bring our best and battle for every point to bring the Cup home."

Team North America won the Cup last January in London, Ont., by winning a tiebreaker after both teams finished with 30 points apiece. Gushue beat Team World's Thomas Ulsrud on a draw to the button for the victory.

Organizers have made some format changes for the 2019 competition.

A fourth mixed doubles draw has been added and there will be two draws of traditional four-player team competition instead of six. In addition, a men's, women's and mixed team scramble draw will be played.