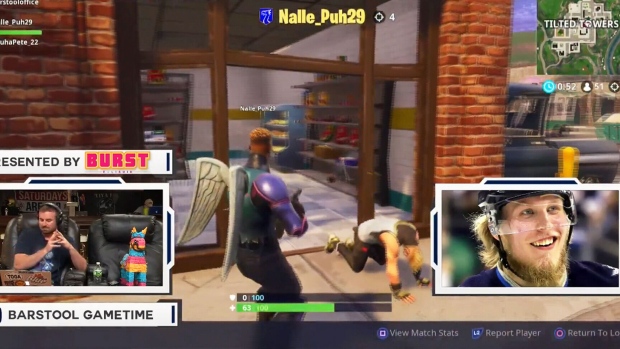 With hours logged on Fortnite becoming an increasing concern for teams across major sports, NHL prospects are reportedly being warned to manage their references to the game on social media.

An Ontario Hockey League team employee told TSN Senior Correspondent Rick Westhead that some players have been advised to scrub references to the game from their accounts.

Fortnite has become increasingly popular over the past year, with NHLers such as Patrik Laine, Mitch Marner, Auston Matthews and J.T. Brown among those to speak publicly about the game.

In May, Boston Red Sox pitcher David Price was diagnosed with carpal tunnel syndrome and some reports pointed to Fortnite as the potential cause. Earlier this summer, Canucks prospect Olli Juolevi was accused of having a video game addiction, but the report however was retracted and later denied by general manager Jim Benning.

Benning acknowledged that video games were becoming increasingly popular among players, but said he has not yet seen a problem with any player spending too much time with a controller.

“On their down time, this is what our players do,” Benning told the Vancouver Province. “We have players who carry the box and play on the road. I have kids who play and it’s getting bigger and there’s a circuit with arenas full of people who watch guys play video games.

“It’s getting bigger. And if a player is doing it all the time and has an addiction, it could be a problem. I’ve never heard that it has been a problem.”