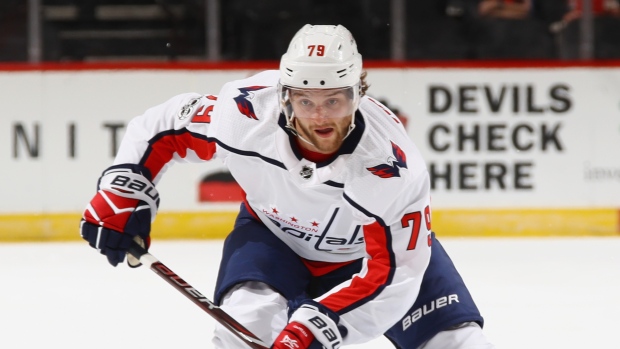 The first ever Australian NHLer is headed to Oil Country.

The Edmonton Oilers have claimed forward Nathan Walker on waivers from the Washington Capitals.

The #Oilers have claimed forward Nathan Walker via waivers from the Washington Capitals. The 23-year-old LW has scored one goal in seven games during the 2017-18 season. pic.twitter.com/KclPREweo3

Born in Wales, but raised in Sydney, the 23-year-old Walker became the first ever player from Australia to play in an NHL game when he dressed against the Montreal Canadiens on Oct. 7.

Taken in the third round of the 2014 NHL Entry Draft while a member of the AHL's Hershey Bears, Walker has appeared in seven games for the Caps this season, scoring a single goal.

In a corresponding move, the Oilers have waived winger Iiro Pakarinen.

The Finn has appeared in 18 games this season for the Oilers, tallying an assist.