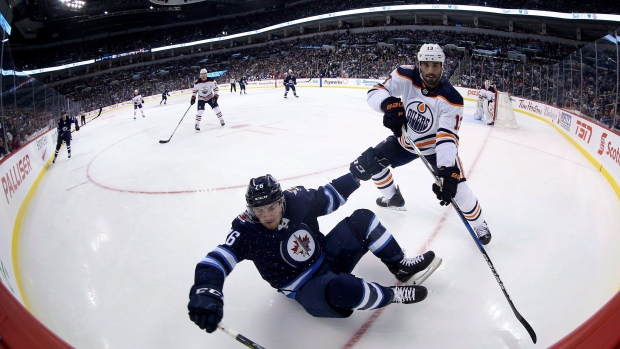 Jason Garrison's professional tryout with the Edmonton Oilers has resulted in a contract.

TSN Hockey Insider Bob McKenzie reports the team has signed the veteran defenceman to a one-year, one-way deal worth $650,000.

Jason Garrison has indeed signed a contract with EDM. One year, one way at $650K. https://t.co/fUaqQgCPNF

A native of White Rock, B.C., Garrison spent a majority of last season with the Chicago Wolves of the American Hockey League after being waived by the Vegas Golden Knights at the end of last October. The 33-year-old appeared in eight games for the Golden Knights during the first month of their inaugural season, notching an assist.

Undrafted out of Minnesota Duluth, Garrison made his NHL debut with the Florida Panthers in 2008-09.

The 28-year-old Chiasson scored nine goals and added nine assists over 61 games with the Stanley Cup champion Washington Capitals last season. He added one goal and one assist over 16 playoff games.

The Oilers open their season on Saturday against the New Jersey Devils in Sweden in the 2018 NHL Global Series.