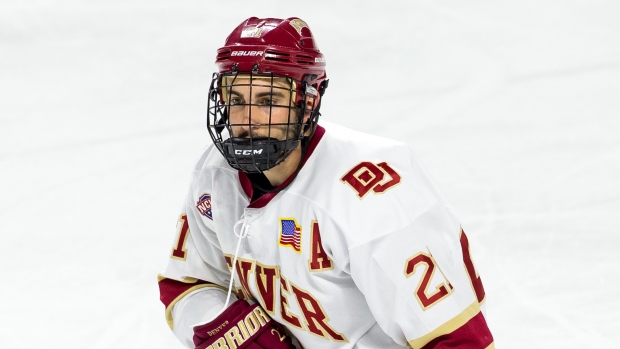 The Edmonton Oilers have signed defenceman Joey LaLeggia to a two-year entry-level contract.

LaLeggia scored 15 goals and 25 assists with the University of Denver this season, earning a nomination for the Hobey Baker Award as the best collegiate hockey player in the United States.

He scored 49 goals and 83 assists in 156 games over his four seasons in Denver.

"LaLeggia has become a top defenceman for the Pioneers and is one of the best college defencemen in NCAA hockey," TSN Director of Scouting Craig Button said prior to the 2015 NCAA Frozen Four tournament. "He's very steady, smart, is able to play lots of minutes in important situations and can contribute in multiple areas."

"He reads the play extremely well, jumps into the attack and generates a lot of opportunities."

The Oilers needed to sign LaLeggia prior to the off-season or risk losing him to unrestricted free agency in the summer.