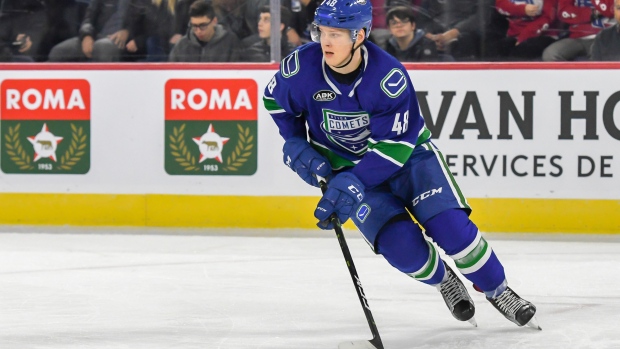 Juolevi, 23, appeared in 23 games this season, scoring two goals and adding an assist with 24 shots.

"Last season was an important step in Olli's development as an everyday NHL defenceman," said Benning in a statement. "We're glad to have him signed and look forward to his game progressing further next season."

Juolevi made his NHL debut in Vancouver's series-clinching game during the 2020 Stanley Cup Qualifiers against the Minnesota Wild.