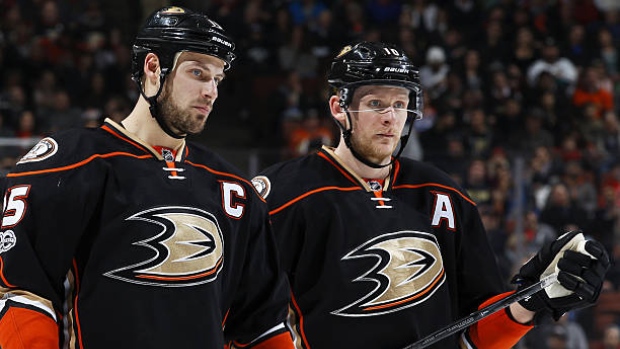 The recent history of the Anaheim Ducks tells the story of a talented team that hasn’t been able to get over the hump. Despite finishing no lower than second in the Pacific Division over the past three seasons, the Ducks have seen those years end with two first-round exits and an unsuccessful trip to the conference final.

It isn’t for a lack of talent. If you were to do a postmortem on the past three years in Orange County, it might lead with a discussion on penalties. From 2015-18, no team has had a worse penalty differential than the Ducks, and it’s not particularly close.

There’s an old saying in sports about how defence travels, but that tends to be true for a lot of repeatable talents. Drawing penalties and taking penalties also apply here. Over the past three seasons (coached by Bruce Boudreau and Randy Carlyle), Anaheim has been the most penalized team, regardless of venue.

On the road, they are disadvantaged once every 60 minutes of play, which is the highest marker in the league. And, incredibly, they are the only team in the league with a negative penalty differential on home ice – an environment where officiating tends to be substantially kinder. 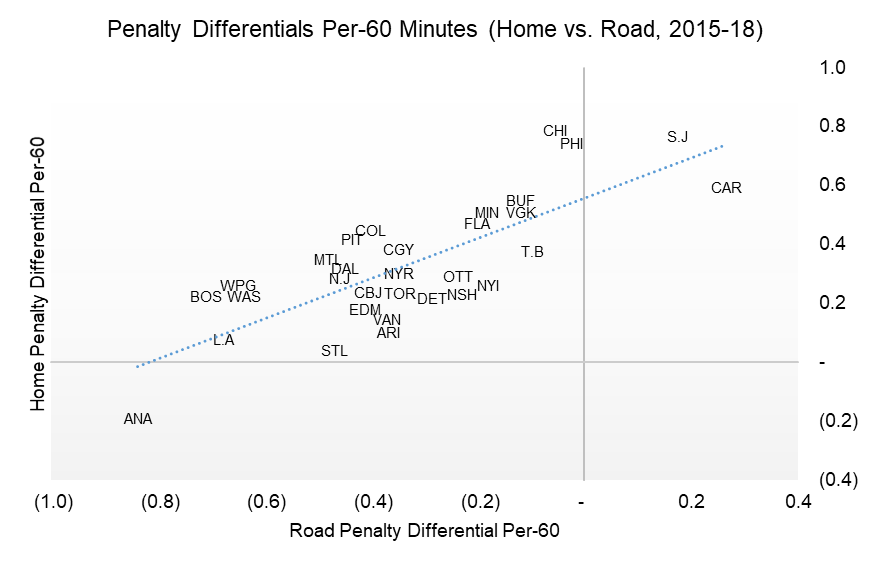 The above graph is interesting for a few reasons. First, we tend to see that penalty differentials at the team level are a repeatable talent. We know that teams both play better and tend to get more favourable officiating on home ice. But what’s interesting is that a team’s home-ice penalty differential can very accurately predict a team’s penalty differential on the road, and vice versa. That’s because the ability to play disciplined, the ability to draw penalties, or a combination of the two, are generally a team skill that can carry from arena to arena. That’s why you see teams that have been truly terrible with team discipline (like Anaheim and Los Angeles) struggle regardless of where they play. And that’s why you see teams like San Jose and Carolina – consistently two of the league’s most disciplined teams – run positive penalty differentials everywhere.

So, what happens when teams truly deviate from the trend line? Randomness will certainly play a role but so too will arena effects. Look at Chicago, as a quick example. The Blackhawks have been a pretty disciplined team on the penalty front over the past few years, but they have seen much more favourable officiating on home ice. Why is that?

Well, it’s hard to ignore the possibility that the lore of the United Center might impact some of those whistles. The same is true for Philadelphia at the Wells Fargo Center. The Flyers see a very favourable whistle at home relative to what we would expect for that team.

The below data table shows regressed results over the past three seasons. We start with the way they draw penalties on the road – where scoring and officiating bias is more or less null and void – and forecast what their expected home ice penalty differentials would be. Here, we can start to see the teams that get favourable officiating and teams that don’t. 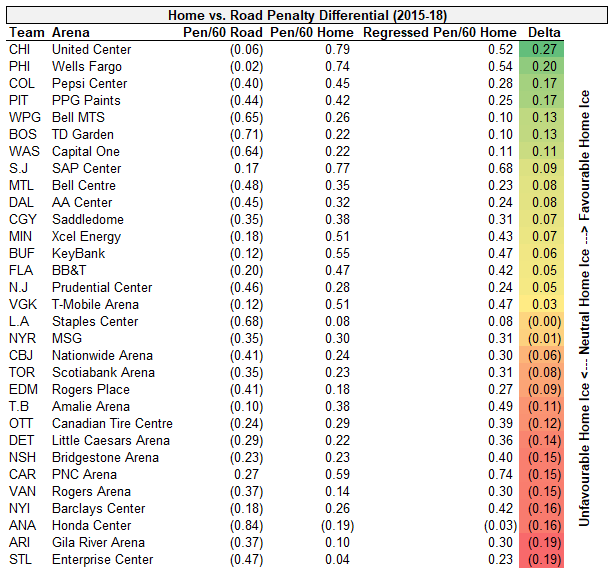 Directionally the table makes an awful lot of sense to me. Chicago and Philadelphia, along with Colorado, Pittsburgh, and Winnipeg are consistently referenced by organizations as some of the hardest venues to play in. There are a lot of factors that create such a reputation, but there’s no doubt that the intensity in these types of arenas can be overbearing, and, well, referees are human.

On the other side of the spectrum, you have New York (Islanders), Anaheim, Arizona, and St. Louis – four teams that would have expected to have received much more favourable whistles on home ice than they did over the past few seasons.

The interesting piece here is that the table appears blind to team talent. Tampa Bay has probably been the best regular-season team in the league over this three-year run and their officiating is very ordinary. Chicago, Philadelphia and Colorado have all had disastrous seasons in the past few years and yet they still have a fantastic home whistle. Anaheim and St. Louis are obviously regular playoff mainstays and yet they can’t get a call at home.

All this to say: penalties remain a huge influencing factor in all sports, particularly so in the NHL where power-play opportunities and goal-scoring sequences remain hard to come by.

If you are a team that gets a friendly whistle at home, enjoy it. And if you don’t – well, that’s just one more thing to overcome in a quest for the Stanley Cup.