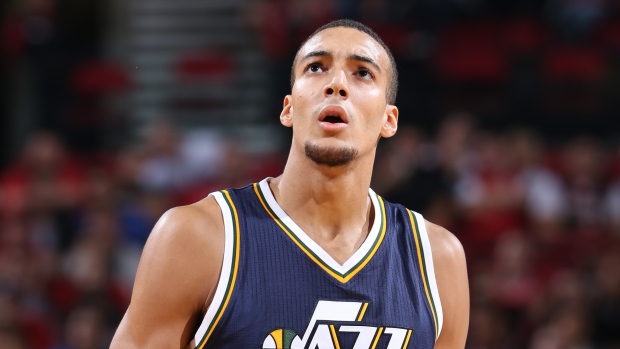 With injuries, lineup changes and other roster moves affecting playing time, it is important to keep your fantasy lineup up-to-date. Here are some under-the-radar players to take a look at to fill in the final spots on your team, as well as some who no longer warrant ownership.

Take a look at…

Rudy Gobert (C - Uta) – 17.3% owned: The Jazz have a logjam of young bigs up front which is why Gobert is stuck behind Derrick Favors and Enes Kanter on the depth chart. If Kanter continues to suffer from an ankle injury which has caused him to miss the last two games, Gobert will continue to be the starter.  If that turns out to be a serious ailment, Gobert should be picked up off the wire. The Frenchman is averaging 1.9 blocks per game this season and is shooting a blistering 63.4% from the field. He is not a focal part of the offence but could get some more touches with increased minutes, especially with shooting guard Alec Burks now done for the year.

Cole Aldrich (C - NYK) – 17% owned: The former 11th overall pick may have finally found a home with the New York Knicks. He has taken over as the starting centre and has responded by averaging a double-double in his last five games with over a block and steal per contest. With Carmelo Anthony seemingly missing every other game because of his knee, Amare Stoudemire always a question mark and the rumoured release of Samuel Dalembert, owners can see why a thin Knicks team could use all the help it can get up front. Aldrich has averaged close to 12 shots per game in the last five, so his offence isn’t coming by accident.

Kevin Martin (SG/SF - Min) – 48.8% owned: If somebody dropped Martin after his wrist surgery in November, now would be the time to pick him up and stash him as he nears a return. Martin has been one of the league’s steadiest under-the-radar scorers for close to a decade and this year is no different. In eight games this season, Martin has averaged 20.4 points and 2.9 three-pointers per game. He won’t chip in on many other categories but is a must-own nonetheless.

Zaza Pachulia (C - Mil) – 7.8% owned: The starting job appears to be his now that Larry Sanders is away from the team due to personal reasons and with no timetable set for his return. Pachulia has put up a double-double in three of his last five games. He doesn’t block shots, which is disappointing for a centre but he is shooting a respectable 78.1% from the free throw line this season. It remains to be seen what will happen to Pachulia when Sanders comes back but he is worth a look for the time being.

Mario Chalmers (PG - Mia) – 33.3% owned: While he remains the starting point guard, Chalmers has not made a solid case to continue that role on a fantasy team. He is only averaging 4.3 assists and shoots the ball poorly. When Chris Bosh was out with an injured calf, Chalmers did not fully take advantage offensively and has not scored more than 14 points in over 17 straight games. The only area that Chalmers could help owners out in is steals, but there are better-rounded options available.

Mo Williams (PG - Min) – 15.1% owned:  With the impending returns of Ricky Rubio, Nikola Pekovic and Martin, the value of Williams is being cut into even further. He has filled in off the bench for Minnesota, but his role once the team is fully healthy remains uncertain. The team may opt to play rookie point guard Zach LaVine over the veteran. Williams could be moved to a contender at the trade deadline but there has been no chatter as of yet. Owners should be prepared to move on.

Andre Iguodala (SG/SF – GSW) – 20.3% owned: In Golden State, Iguodala has turned into a player who you still want to have on your roster but not on your fantasy team. It is rare for Iguodala to do much of anything on the stat sheet despite averaging close to 27 minutes per game. With so many offensive weapons on the Warriors, Iguodala simply isn’t needed to provide offence. Owners can’t count on him each night to produce regularly.

Timofey Mozgov (C - Den) – 18.6% owned: He has struggled to find any sort of consistency this season and could continue to see his minutes being split rookie Jusuf Nurkic, who has emerged in his own right. Once a guarantee for at least one block per night, Mozgov has failed to register a swat in ten of his last 13 games. His name has been a constant in trade rumours and does not hold much value in fantasy any more.