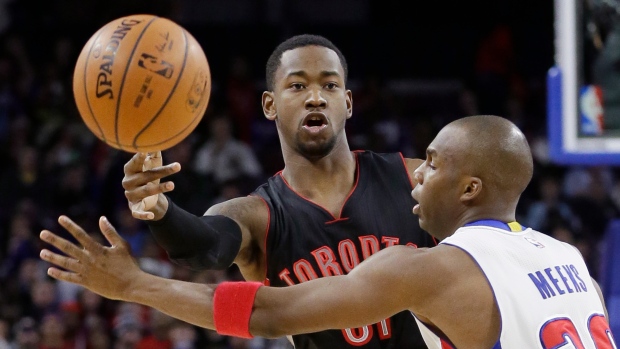 With injuries, lineup changes and other roster moves affecting playing time, it is important to keep your fantasy lineup up-to-date. Here are some under-the-radar players to take a look at to fill in the final spots on your team, as well as some who no longer warrant ownership. Also, a quick look at some players who had notable weeks, both good and bad.

Take a look at…

Eric Gordon (SG - NO) – 33.5% owned: Gordon struggled mightily at the beginning of the season before suffering a shoulder injury that caused him to miss just over a month. Owners wouldn’t have been blamed for dropping him at that point, but Gordon has returned to being a scorer since coming back. He is a guarantee for triples and does enough in other areas to be owned. He has benefitted offensively from an absence of Anthony Davis and Jrue Holiday, but will still be able to produce when the team is at full strength.

Elfrid Payton (PG - Orl) – 29.6% owned: The rookie did not play well in the first half of the season but seems to have found his groove in the new calendar year. His shooting percentages from both the field and the line have increased dramatically and the consistency of his game has improved. Turnovers and a lack of three-point shot are two big knocks against Payton, but in a thin market of free agent point guards, Payton is most likely available.

Donatas Montiejunas (PF - Hou) – 27.7% owned: After all of the dust has settled from the Josh Smith acquisition in Houston, Montiejunas’ value has remained high as a starter on the Rockets. He is a regular for scoring in the teens and gives a bonus to owners as a power forward who can hit a three. He has shot the ball extremely well in January (.586%) and will get rebounds as well. He is boom or bust from the free-throw line each game, but his overall production on a loaded Rockets team is a nice under-the-radar pickup.

J.J. Hickson (PF/C - Den) – 12% owned: With rookie starter Jusuf Nurkic struggling since taking over the job from the now traded Timofey Mozgov, Hickson has been able to pick up the slack coming off the bench for the Nuggets. Hickson has posted three double-doubles in his last five games. He won’t provide owners with any defensive stats, which is frustrating for a big man, but owners looking for some help up front could add Hickson.

Terrence Ross (SG/SF - Tor) – 27.3% owned: His recent stretch of brutal play during in January has been a disappointment to both owners and the Raptors. Ross struggled to efficiently increase his workload when DeMar DeRozan was injured, and now that the latter is back, Ross’ play has led to a total of seven points and a second half benching in his last three games. His shot hasn’t been falling and he doesn’t provide anything else to warrant keeping on a roster.

Amare Stoudemire (PF/C - NYK) – 21.4% owned: Despite being one of the season’s early surprises, old injury habits have caught up to Stoudemire, who has only played in two of the Knicks’ last 13 games. While the Knicks could use any help available, Stoudemire can’t be relied upon to play every night. There are many healthier, more consistent options available that are better than whatever Stoudemire has left in the tank for this season.

Andrew Bogut (C - GSW) – 37.1% owned: Another big man with an injury history, Bogut has been unable to rekindle his early season numbers since returning six games ago. While it could just be a matter of time until he gets it going again, his low minutes and shots remain a concern. The Warriors went on a tear while he was injured, and it looks like they may be sticking to what was working. There are stronger options out there for the frontcourt.

Evan Fournier (SG – Orl) – 14.6% owned: With Orlando almost at full strength, Fournier has seen his role decrease ever since the return of Victor Oladipo. As the season has progressed, his shooting percentages have fallen, and that’s not what you want to happen when your limited value is as a shooter. He never provided owners with much more than three-pointers, therefore Fournier is not worth keeping around.

The week that was:

Mo Williams (Min) dropped a cool 52 points on Tuesday against the Pacers, setting both a career-high and team record. He’s filled in nicely on offence since Zach LaVine was benched and Shabazz Muhammad went down.

Al Horford (Atl) notched his first career triple-double in a win over the 76ers and is a huge reason why the Hawks are leading the Eastern Conference.

Rudy Gobert (Uta) recorded eight rebounds in the first quarter against the Spurs and continues to be a terrorizing shot blocker, swatting away over three attempts a game.

A disappointment for most of the season, Nicolas Batum (Por) shot only .167% and scored only 12 points in three games for Portland.

Lance Stephenson (Cha) finally returned to the Hornets lineup and continued to shoot the ball poorly. It looks like he will be coming off the bench for now.