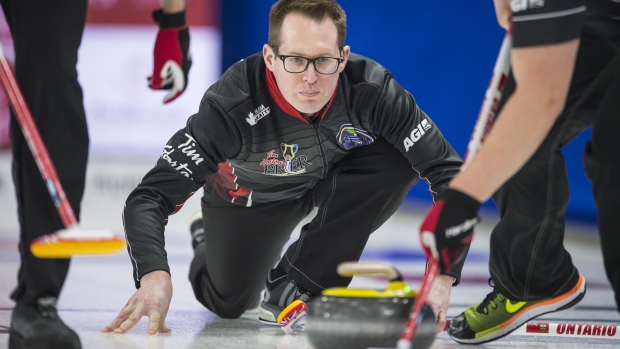 Nova Scotia will have a skip from Ontario at this year's Tim Hortons Brier.

As defending provincial champions, Halifax's Team Jamie Murphy accepted an invite from the Nova Scotia Curling Association to compete at this year's Brier earlier this month following the cancellation of playdowns.

They accepted the invite, but their skip is unable to attend the Calgary curling bubble due to "work and family priorities."

As a result, Nova Scotia will be skipped by Ontario's Scott McDonald.

"Due to work and family priorities, our skipper Jamie has made the difficult decision not to join us at the Calgary Bubble, which the team 100 per cent supports," the team said on Sunday in a Facebook post. "After exploring player options within NS and throughout the country, we are excited to announce that Scott McDonald (2019 Brier contender and WCT regular) will be joining the team at the skip position for the 2021 Brier."

McDonald, a 34-year-old from Mississauga, skipped Ontario at the 2019 Brier in Brandon, Man., leading the province to a 6-5 record and an appearance in the championship pool.