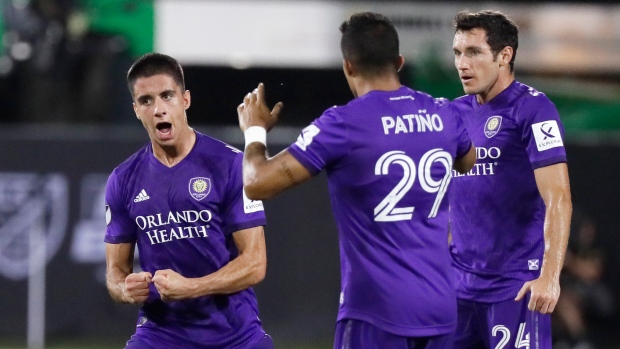 LAKE BUENA VISTA, Fla. — João Moutinho scored on a header in the 90th minute to tie the match and Nani scored the deciding goal in a penalty shootout, and Orlando City beat Los Angeles FC in the quarterfinals of the MLS is Back tournament on Friday night.

The sides played to a 1-1 draw in regulation thanks to Moutinho’s late goal, and Orlando City was a perfect 5-for-5 in the shootout to advance to the semifinals. Orlando City will face either San Jose or Minnesota United on Thursday.

The Lions were decided underdogs against LAFC, the prohibitive favourites to win the tournament among the remaining quarterfinal teams. But Orlando City managed to neutralize LAFC’s potent offensive attack and got the late equalizer.

Moutinho’s goal came off a corner kick from Nani. Moutinho, a one-time draft pick of LAFC, beat Jordan Harvey to the ball and his header got past LAFC goalkeeper Kenneth Vermeer.

In the penalty shootout Moutinho, Mauricio Pereyra, Kyle Smith and Antonio Carlos all scored ahead of Nani’s winner. Vermeer guessed right on Carlos’ shot but the ball trickled over the goal line. Nani’s winner was also a bit of redemption after Vermeer saved his penalty attempt in the 57th minute.

LAFC’s one miss in the shootout came from Harvey in the second round when his shot deflected off the crossbar and over the net. Francisco Ginella, Diego Rossi, Brian Rodriguez and Latif Blessing all converted their penalty chances.

Despite Orlando City controlling the early stages of the match it was LAFC that took the lead moments after Vermeer’s penalty save. Bradley Wright-Phillips scored his fourth goal of the tournament off a feed from Rossi in the 60th minute. It was LAFC’s first shot on goal in the match. Wright-Phillips also scored midway through the first half but video review disallowed the goal for offside.