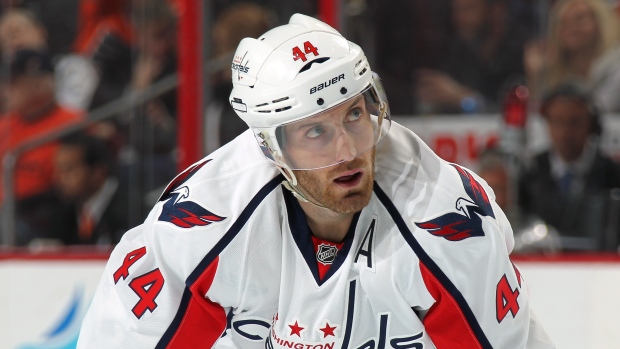 Washington Capitals defenceman Brooks Orpik had part of his pinkie finger reattached after taking a slash to the hand from Vegas Golden Knights forward Erik Haula in Game 2 of the Stanley Cup Final.

Three months later, Orpik is still without feeling in the finger on his left hand, but noted this week there have been some improvements.

“The nail’s back on which is good,” he told NBC Sports Washington. “It’s just numb.”

Haula received a five-minute major penalty for the slash but wasn't suspended by the league. Orpik played in every game in the series and laughed after the Capitals won the Stanley Cup, telling reporters his pinkie just “kinda fell off.”

He avoided surgery on the finger this summer and said it's become less of an eyesore.

“It looks better,” he said. “Still no feeling in it, but it’s better than I expected.”

Orpik, who averaged 16:49 of ice time during the Capitals playoff run, was traded to the Colorado Avalanche in June but was then bought out and returned to Washington on a one-year contract.

The 37-year-old, who is now entering his fifth season with the Capitals, said there's still hope he could regain feeling in the injured finger.

“The doctor said it might,” Orpik said. “It’s definitely better than it was... It could have been a lot worse.”