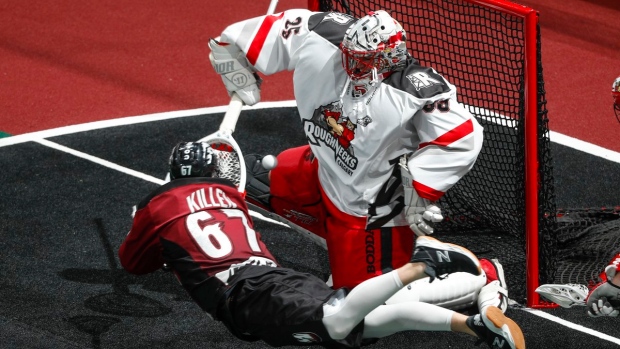 CALGARY — Jordan Gilles scored the winner 7:11 into overtime to help the Colorado Mammoth spoil the Calgary Roughnecks' banner-raising night with a 8-7 victory on Saturday in the National Lacrosse League.

Will Malcom and Jacob Ruest each scored a pair for Colorado (1-1), while Kyle Killen recorded a goal and two helpers.

Marshal King also potted a couple of goals with a helper, while Jesse King had three assists for the Roughnecks — who in a pre-game ceremony raised to the rafters their 2018-19 championship banner.

The Mammoth scored on three of their six power plays, while the Roughnecks went 2 for 7 with the man advantage.