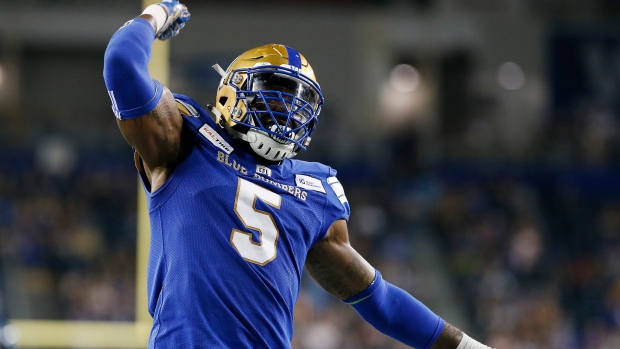 The CFL on TSN live mics will be featured on the defensive side of the ball Friday when the undefeated Winnipeg Blue Bombers host the Ottawa Redblacks.

As per usual, the quarterbacks and head coach of each team will be wearing live microphones, but this week Redblacks linebacker Avery Williams and Blue Bombers defensive end Willie Jefferson will also be mic'd up.

Williams, 24, has 20 tackles, one sack and forced fumble through four games this season, including a season-high eight tackles when the two teams met in Week 4.

Jefferson, a CFL All-Star in each of the previous two seasons, has three tackles, one sack and one forced fumble this season.

Friday's game, which will air live across the TSN Network and on TSN Direct at 8pm et/4pm pt, will be the fourth live mic game of the season, with 14 remaining on the schedule.