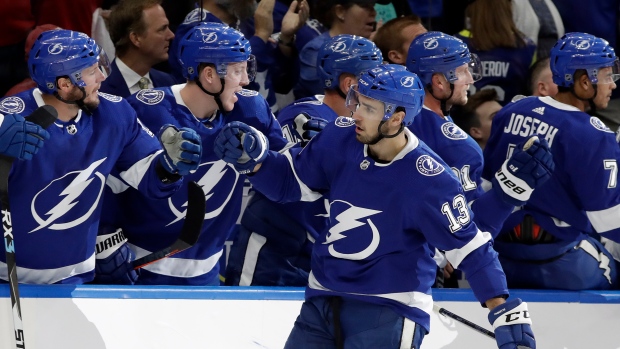 The Ottawa Senators have acquired defenceman Braydon Coburn, forward Cedric Paquette and a second-round pick in 2022 from the Tampa Bay Lightning in exchange for forward Marian Gaborik and goaltender Anders Nilsson.

Coburn had a goal and three assists in 40 games last season for the Lightning. He also appeared in three post-season games for Tampa Bay, who went on to capture the Stanley Cup championship.

News Release: The #Sens have acquired defenceman Braydon Coburn, forward Cedric Paquette and a second-round draft pick in 2022 from @TBLightning in exchange for Marian Gaborik and Anders Nilsson: https://t.co/h7Kn0KJrNa pic.twitter.com/faBSaUGooa

The 35-year-old spent parts of the last six seasons with the Lightning, after he was acquired in a 2015 trade with the Philadelphia Flyers.

He was selected eighth overall in the 2003 NHL Entry Draft by the Atlanta Thrashers.

Paquette contributed seven goals and 11 assists last season for the Lightning in 61 games. He also played in all 25 playoff games for the champions.

Following the trade, the Lightning announced that both Gaborik and Nilsson will be placed on long-term injury reserve and will not play this season.