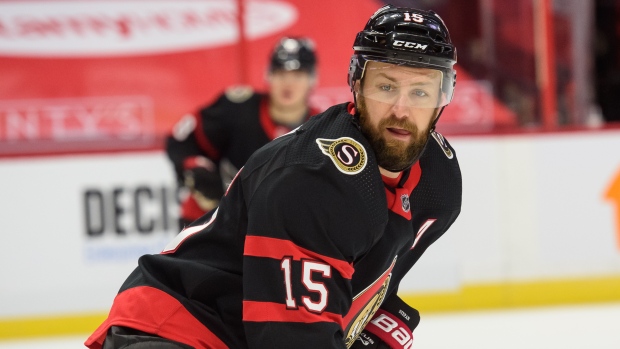 Ottawa Senators centre Derek Stepan will miss the remainder of the season due to a damaged labrum in his left shoulder, the team announced Tuesday.

"Following a review and assessment by the team's medical staff, it has been determined that Derek requires a surgical procedure to repair a damaged labrum that he incurred in dislocating his left shoulder," Senators general manager Pierre Dorion said. "A procedure is scheduled to take place later this week which will see him miss the remainder of our season but it is expected that he be fully recovered ahead of next season. Our medical staff will remain in regular contact with Derek and his doctors as he continues his recovery."