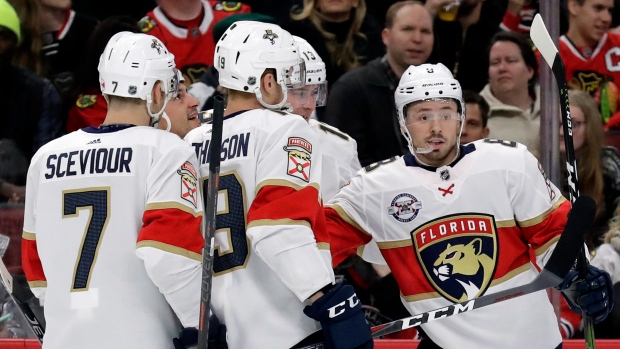 The Ottawa Senators claimed forward Jayce Hawryluk off waivers from the Florida Panthers on Monday.

The 24-year-old has one goal and three points in 15 games with the Panthers this season. He's also appeared in six AHL games with the Springfield Thunderbirds, posting one assist in six games.

“Jayce Hawryluk is a highly competitive two-way forward whose addition we’re looking forward seeing to in our lineup,” Senators general manager Pierre Dorion said. “He’s an energetic, puck pursuit-type player who should mesh well under D.J. Smith and with our current roster.”

Roster update: The #Sens have claimed forward Jayce Hawryluk off waivers from the @FlaPanthers.

The Yorkton, Sask. native was a second-round draft pick of the Panthers in 2014.