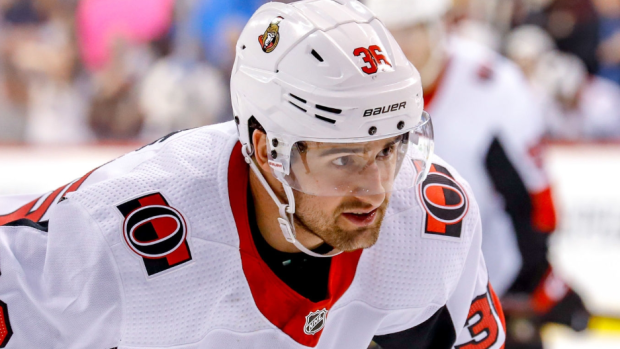 Ottawa Senators forward Colin White left a preseason game against the Toronto Maple Leafs on Monday night due to an upper-body injury.

After the game, head coach DJ Smith revealed White is scheduled to have an MRI and said he will miss some time with the injury.

Coach DJ Smith said Colin White going for an MRI but conceded he will be out awhile. #Sens

The 24-year-old scored 10 goals and added eight assists over 45 games with the Sens last season, his fifth year with the club.

White was selected 21st overall by Ottawa in the 2015 NHL Entry Draft.