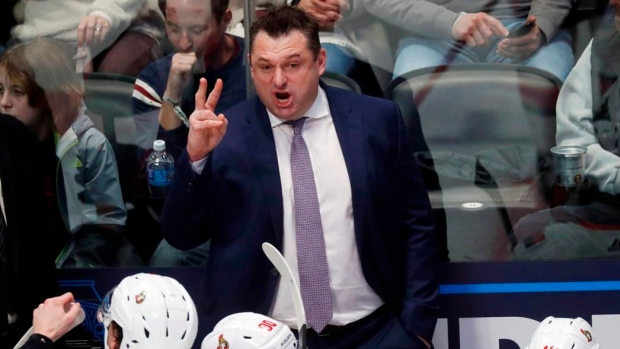 The Ottawa Senators are signing head coach D.J. Smith to a two-year contract extension, according to Postmedia's Bruce Garrioch.

D.J. Smith's extension with the Senators will be two more years on top of the one year he has left plus a team option. #Sens @TSNHockey #FreeAgentFrenzy

Smith, 44, was entering the final season of a three-year deal signed upon joining the team in 2019.

Ottawa finished with a 23-28-5 record this past season.