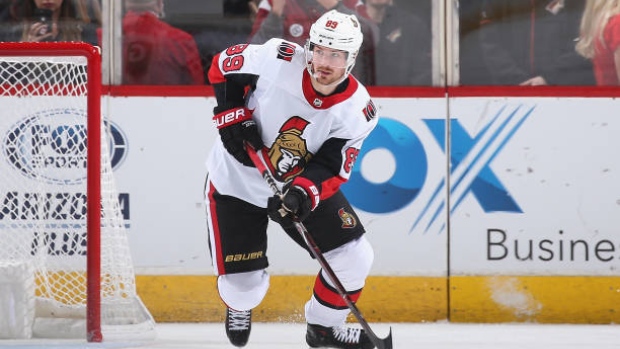 Ottawa Senators forward Mikkel Boedker will making the move to Switzerland next season.

HC Lugano announced Tuesday that Boedker has signed a two-year deal to join the club starting in the 2021-21 season.

“I am very happy to play in Lugano and to get to know the Cornèr Arena audience personally," Boedker told Lugano's website, as translated by Google. "I have heard that the fans are exceptional and very passionate. I am very motivated for the challenge that awaits me in Swiss hockey and I hope that together we can achieve something great."

“We are very happy to be able to count on a fast wing like Mikkel," Lugano general manager Hnat Domenichelli said, via a translation. "He is a complete striker who has played twelve seasons in the NHL and will certainly be an important reinforcement for our team. His current team, the Ottawa Senators, are unlikely to play the 2019-20 season playoffs in the NHL. If so, we will wait for him. "

Drafted eighth overall in 2008 by the Arizona Coyotes franchise, Boedker has 118 goals and 327 points in 709 career NHL games.