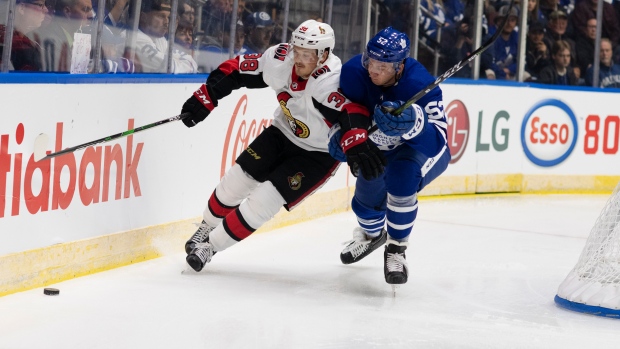 Balcers, who scored five goals and posted 14 points in 36 games with the Senators last season, is currently undergoing further testing to determine a timeline.

Balcers will be out of the lineup for "some time" with a lower body injury. More tests required according GM Pierre Dorion.

The Latvian winger was drafted by the Sharks in the fifth round of the 2015 NHL Draft.