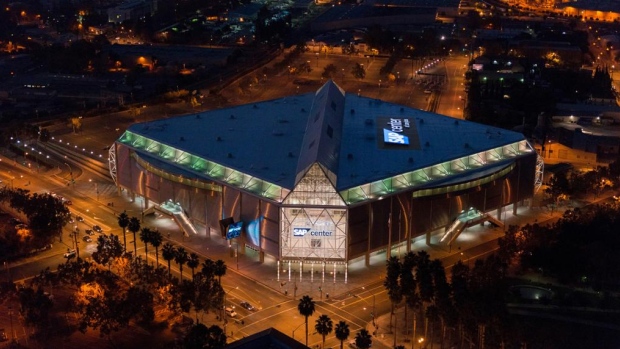 SAN JOSE, Calif. — The Ottawa Senators' road game against the San Jose Sharks on Saturday night remains on schedule despite a recommendation to cancel large gatherings in the county where the arena is located.

The recommendation was made because of the spread of the novel coronavirus.

The Sharks announced Friday that all events at SAP Center this weekend will go on as scheduled.

The Sharks encouraged fans to follow another suggestion from the Santa Clara County's Public Health Department, which recommends that "persons at higher risk avoid mass gatherings such as parades, sporting events, and concerts where large numbers of people are within arm's length of one another."

The Sharks played a home game Thursday against the Minnesota Wild after the county recommended cancelling large gatherings.

John Rodenburg, the program director for TSN 1200 AM, said the Senators' radio play-by-play crew travelled with the team to San Jose Friday morning. He said the radio station is following directions from the Sharks and Senators.

Sportsnet, which has the television broadcast, says no changes have been made to its plan.

"It's business as usual and there is no impact to our broadcast at this time," spokesman Andrew Garas said.

As of Thursday, 20 people had tested positive for the virus in Santa Clara County and the announced attendance at the game was a season-low 14,517.

A Senators spokesman says the team has been in regular consultation with their doctors.