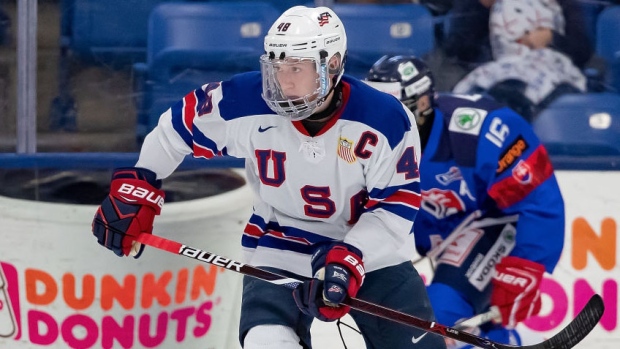 Ottawa Senators prospect Jake Sanderson has accepted an invitation to join the U.S. Olympic men’s hockey team for the Beijing Winter Olympics, according to the Grand Forks Herald.

Sanderson, 19, was drafted fifth overall in the 2020 NHL draft by the Senators. The defenceman is currently in his sophomore season at the University of North Dakota where he has six goals and 22 points in 17 games this season.

He has eight goals and 37 points in 39 games in his collegiate career.

The Whitefish, Mont., native was the captain of the U.S. team at the World Junior Championship this year after helping his country win gold at the tournament last year.

The NHL opted last month to not send its players to the Beijing Olympics due to rising COVID-19 cases amid the ongoing pandemic. The league said its 2021-22 regular-season schedule has been impacted because of team outbreaks as case numbers climb, resulting in the postponement and rescheduling of dozens of games.