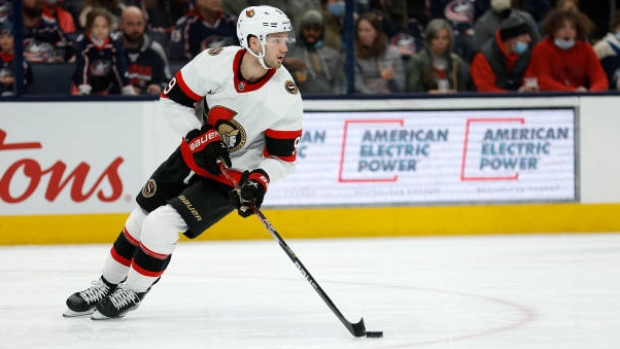 Ottawa Senators' forward Josh Norris (shoulder) will not play Saturday against the Anaheim Ducks and head coach D.J. Smith says the team is consulting specialists to determine the severity of the injury. Smith does not expect Norris to play until after the NHL all-star break, which is scheduled for the weekend of Feb. 5.

Smith doesn’t expect Josh Norris to play until after the All-star break and then “we’ll see from there.” https://t.co/M6rY6lEllQ

“We’re not 100 per cent sure where we’re at with it, with MRIs and Doctors, we just want to make sure that we get it right," said Smith.

Norris, 22, has recorded 18 goals and eight assists in 36 games this season. His 18 goals lead the team, while his 26 points trail only Drake Batherson and Brady Tkachuk.

The Oxford, Michigan native was selected 19th overall by the San Jose Sharks in the 2017 NHL Draft.

Mark Kastelic will make his NHL debut for the Sens against the Ducks.

“It’s next man up mentality but we’ve wiped out our entire middle," said Smith.