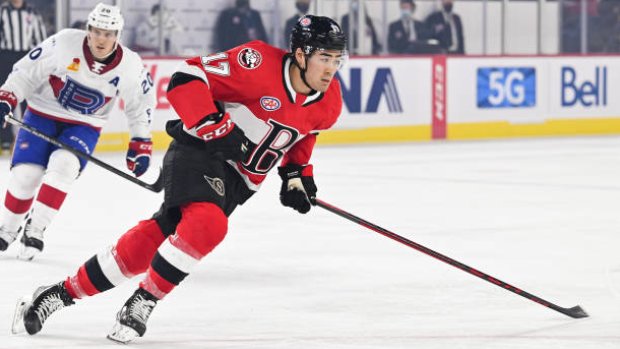 The Ottawa Senators traded forward Kole Sherwood to the Nashville Predators on Tuesday in exchange for future considerations.

Sherwood has one goal and four points in 13 games with the AHL's Belleville Senators this season. He signed with the team on a one-year, two-way contract this past summer after spending the previous three seasons with the Columbus Blue Jackets.

Sherwood, 24, has one assist in six career NHL games, all with the Blue Jackets. He posted three goals and four points in nine games with the AHL's Cleveland Monsters last season.

He was undrafted to begin his NHL career.