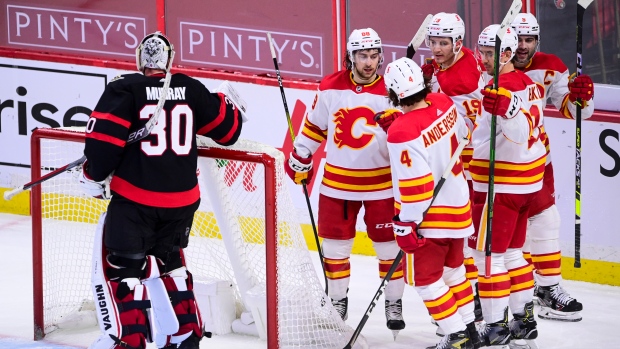 The Ottawa Senators announced Tuesday that the team has hired Zac Bierk as its new goaltending coach and that Pierre Groulx has been re-assigned into a scouting and development role.

“Unfortunately, a number of our goaltending performances this season have been underwhelming,” said Senators general manager Pierre Dorion in a team statement. “I think very highly of Pierre Groulx, he’s as dedicated and tireless a worker as anyone in the organization, but we recently reached a point where we thought a fresh outlook could help return some stability to our crease.”

Bierk, 44, spent the last two-plus seasons as goaltending development coach with the Arizona Coyotes. A Tampa Bay Lightning draft pick in 1995, he appeared in 47 NHL games over parts of six playing seasons with Tampa Bay, the Minnesota Wild and the Coyotes.

Groulx, 45, is in his second tenure with the Senators after rejoining the organization ahead of the 2016-17 season. He also has previous work experience with the Florida Panthers and the Montreal Canadiens.